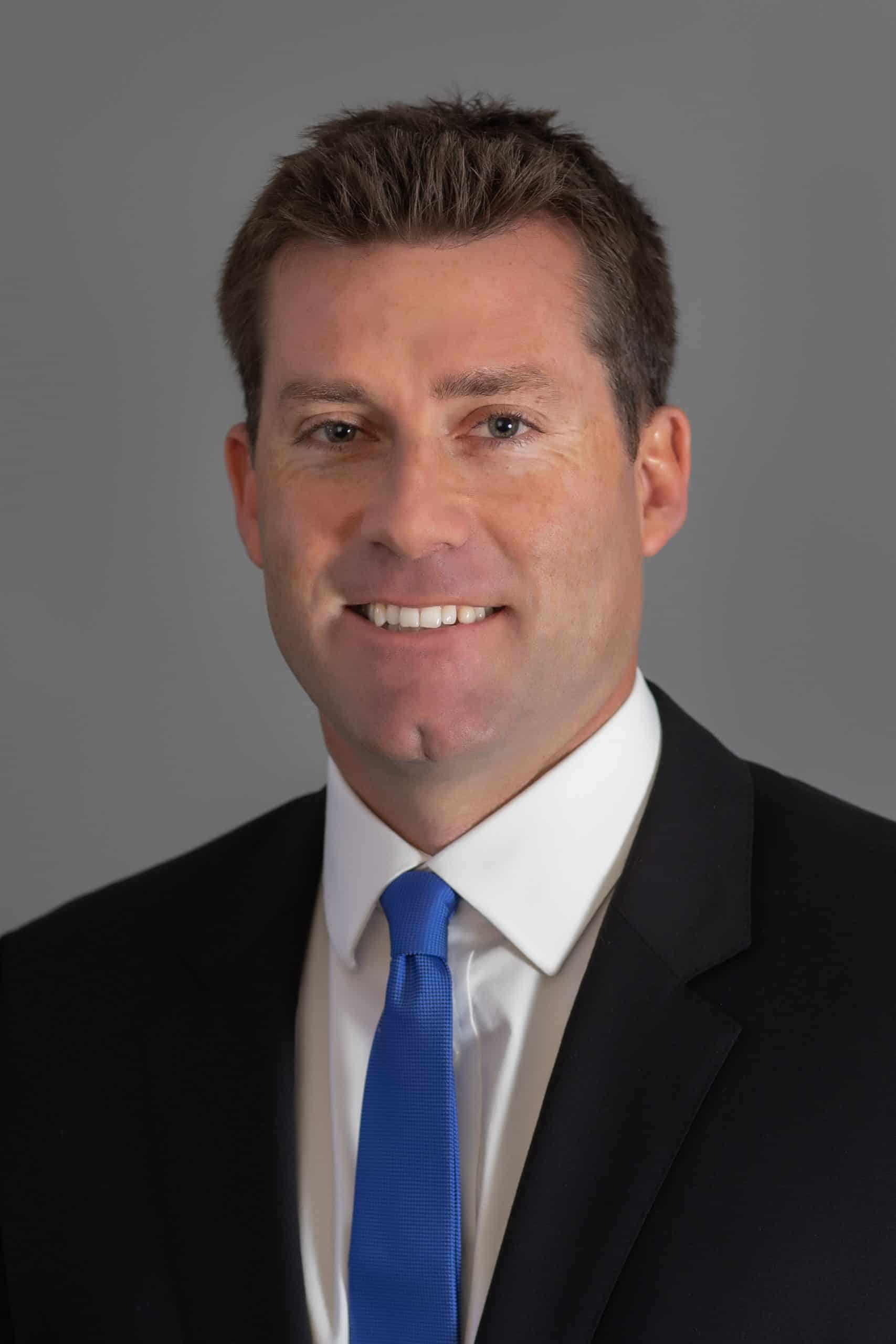 On April 16, 2019, the Santa Barbara City Council approved an ordinance requiring landlords to offer a minimum 12-month lease term in certain residential leases of “rental units.” Subsequently, California enacted Civil Code section 1946.2, which took effect on January 1, 2020, and prohibits termination of certain residential leases for statutorily defined “just cause.” The application and intersection of these two new laws is confusing for landlords, tenants, and even attorneys hired to enforce them.

The City of Santa Barbara’s new 12-month minimum term lease ordinance is codified in Santa Barbara Municipal Code section 26.40.010, which became effective June 7, 2019. Even for a lawyer, this law is not a model of legislative clarity. Under the new law—with some exceptions for single family dwellings, condominiums, and other exceptions—landlords must annually offer (in writing to tenants) leases with a minimum term of 12-months. The tenant may either accept, or reject the 12-month lease offer in writing. The landlord has the obligation to prove the tenant’s rejection using a form rejection to communicate the rejection. If the tenant accepts the offer, then under the City’s new law, at the end of the fixed term, the landlord is not obligated to continue leasing to the tenant.

If landlords fail to comply with the new law, they may be prevented from evicting a tenant even if the tenant breaches the lease, if the tenant’s month-to-month lease expires, or if the tenant fails to pay the amount for rent increases. The effect of the new law on month-to-month is unclear. Yet. nowhere does the new law mention month-to-month tenancies, even though there are thousands of month-to-month tenancies in Santa Barbara.  This author believes that the new law requires all landlords to have previously offered 12-month minimum term leases to tenants with written leases no later than June 30, 2019, and for month-to-month leases not in writing, no later than September 5, 2019, and then annually thereafter. If a landlord did not comply by these deadlines, then the landlord should thereafter offer 12-month minimum term leases to tenants. See Santa Barbara Municipal Code Section 26.40.010-26.40.030 for additional information and requirements.

California’s Tenant Protection Act of 2019 requires that a residential real property owner must not terminate the tenancy of a tenant who has continuously and lawfully occupied a residential real property for 12 months without “just cause,” as stated in the written notice to terminate. (Civ. Code § 1946.2(a).) Condominiums, non-corporate owned single family residences, and other residential properties are exempt from the “just cause” termination law. For “at fault just cause,” such as the tenant’s non-payment of rent, material breach of the lease, waste, nuisance, and a host of other bases for at fault just cause, the landlord may terminate the tenancy without having to pay re-location payments to the tenant. However, for a “no-fault just cause” basis to terminate the tenancy, the landlord must make re-location payments to the tenant or offer a rent waiver. The law contains many other requirements and limitations not discussed here.

Under both Santa Barbara’s 12-month minimum term lease law and California’s just cause eviction statute, can a landlord in the City of Santa Barbara evict a tenant at the end of the 12-month minimum term? Strictly viewing the question under the City’s 12-month minimum lease law, the answer is yes, with the requirement of potential mediation. But, under California’s just cause eviction law, because of the language adopted by the California Legislature, the answer is unclear. The “just cause” eviction law provides that “the owner of the residential real property shall not terminate the tenancy without just cause…” (Civ. Code § 1946.2(a).) The statute uses the term “terminate” not “evict” or “eviction” or “recover possession,” or similar terms concerning recovering possession of a unit. Rather, under the statute, an owner cannot “terminate the tenancy.” Termination of a tenancy is not the same as actually evicting a tenant or recovering possession from a tenant. This distinction has legal significance. At the end of a fixed term lease when the term expires, the tenancy automatically terminates. No more notice is required by the landlord and the landlord need not do anything to terminate the tenancy. When a fixed term lease automatically expires at the end of the term, then the owner is not terminating the tenancy; rather, it automatically terminates because the term ended (see, Civ. Code § 1933) so long as the lease has not been converted to a month to month tenancy by the landlord’s acceptance of rent, or a term in the lease converting it to month to month, or an automatic renewal of the tenancy. There are other bases for termination of a tenancy other than termination by the owner such as the tenant’s death, destruction of the leasehold, mutual consent to terminate the lease, or if the tenant acquires title superior to the landlord. Therefore, according to Santa Barbara’s new law, if a fixed term lease that includes a 12-month term expires on its own terms, then the tenancy terminates automatically, as a matter of law. In this scenario, the owner has not done anything to terminate the tenancy. Thus, because the fixed term lease automatically terminated, the owner has not actually terminated the tenancy (as Civil Code section 1946.2 contemplates), which means that the owner has not violated Civil Code section 1946.2.

Did the California Legislature intend to permit tenant evictions without just cause when fixed term leases expire? The answer is unclear. However, the language the Legislature adopted does not seem to prevent a landlord from evicting a tenant when a fixed term expires, so long as the landlord does not convert the lease to a month-to-month lease by accepting rent for a period after the expiration of the fixed term or cause a renewal of the lease. Compare California’s just cause eviction statute to San Francisco’s equivalent. San Francisco’s law, Municipal Code section 37.9, provides that “A landlord shall not endeavor to recover possession of a rental unit unless” there is just cause. The language “shall not endeavor to recover possession” is broader than California’s “shall not terminate the tenancy.” Under San Francisco’s law, a landlord cannot evict a tenant (i.e. recover possession) unless there is just cause. California adopted more limited language: “shall not terminate the tenancy.” As a result, it seems that a tenant may be evicted if the tenancy automatically terminates when the fixed term expires, even without just cause. However, it is not clear if a landlord would be successful in court defending an eviction of a fixed term tenancy, without just cause, due to the apparent intent by California’s legislature to bar such evictions. But, the language of the statute does not expressly bar such evictions.

Clearly, due to a low supply of affordable housing and rising rents, Santa Barbara and California desire to do away with (i) month to month leases, and a landlord’s ability to evict a tenant on thirty or sixty days’ notice and (ii) a landlord’s ability to increase rents. As a result of Santa Barbara’s 12-month minimum term lease law and California’s just cause eviction law, landlords must now prove the tenant’s breach of the lease or just cause for eviction in court, which requires hiring an attorney and possibly preparing for trial—costs that have been typically avoided with evictions based on the traditional thirty and sixty-day notices. All other non-just cause evictions will either be prohibited or will require landlords to offer relocation assistance payments to tenants.

These are sweeping and serious changes to Santa Barbara’s and California’s landlord tenant laws. Both landlords and tenants will need to understand how these laws apply, and not only learn how to draft leases in order to comply with the laws, but also to create a lease that is favorable.